The business employs 11 qualified Chartered Tax Advisers most of whom have years of experience working in both Guernsey and the UK. As an owner managed business LTS Tax Limited prides itself on being a professional firm of Chartered Tax Advisers and having the ability to act quickly and proactively for the benefit of clients without the constraints of larger institutions.

One of the founders of LTS in 2012, Francis began working in the Finance Industry in 1988, is a qualified Chartered Tax Adviser and is a member of the Guernsey Society of Chartered and Certified Accountants, Tax Sub-Committee.

“Fran” is a late adopter of running having started in his early fifties by taking part in Parkruns and moving up to completing the Great North Run. An avid sports spectator, Fran can often be found supporting the Guernsey Raiders rugby team or shouting at the TV while following QPR or Wasps.

Paul began working in the Finance Industry in 2001 after graduating from the University of Ulster with a Law degree. Paul qualified as a Chartered Tax Adviser in 2005 and is also a member of the Association of Tax Technicians.

Paul’s career commenced with PricewaterhouseCoopers in Guernsey and resulted in Paul moving to PwC’s Investment Management and Real Estate Team in London where he was responsible for providing tax advice on funds and Real Estate Structures.

Paul is responsible for advising a wide ranging portfolio of high net worth individuals, trust and corporate entities. Paul is recognised in the Citywealth Leaders List and listed as a Leading Accountant – Prominent figure.

Simon began working in the Guernsey Finance Industry in 1992 at the accountancy practice BDO after graduating from Newcastle University with a degree in History. At BDO Simon was appointed as a director of the tax and trust companies in 2003 and serviced a varied portfolio of local and offshore clients. At LTS Tax Limited Simon is responsible for a wide ranging portfolio of high net worth individuals, with a particular focus on property structures.

In addition to acting for various other property clients, between 2003 and 2011 Simon was a director of CPC Group Limited, a Guernsey based privately held company focused on high value residential property developments and investments. During this time Simon acted for a number of SPV’s that were actively involved in several high profile property transactions in London, Monaco and LA, including the acquisitions of the Middlesex Hospital and the Chelsea Barracks and the development of Bowater House into One Hyde Park.

Simon has previously served for a number of years on the board of a fund administration business, licensed and regulated by the Guernsey Financial Services Commission, he is a former co-editor of Tolley’s “Taxation in the Channel Islands and Isle of Man” and he is a member of the Chartered Institute of Taxation. Simon is recognised in the 2013 Citywealth Leaders List and listed as a Leading Accountant – Prominent Figure.

Julian joined LTS Tax Limited in April 2019. He brings a wealth of experience in advising high net worth individuals and senior executives on Guernsey and UK tax matters and is highly experienced in advising and commenting upon the practicalities of immigration to, or emigration from Guernsey.

As a board member he is actively involved in the company’s business development and marketing.

Outside of work, Julian is a season ticket holder at West Ham Utd and enjoys travelling abroad and scuba diving in warmer climates.

Stuart joined LTS Tax Limited in January 2019 as Finance Director. For the previous 11 years he had worked for the Intertrust Group in Guernsey and was appointed as Finance Director in March 2014. During his time there he worked under private equity ownership and has vast experience in preparing financials for a plc following a successful IPO and with this the increased reporting and disclosure requirements.

As a board member, Stuart is responsible for the internal finance function and reporting of the company.

Outside of work, Stuart is currently learning to play the guitar and whilst not threatening to head out on tour anytime soon, can play a number of songs from his favourite bands. Stuart is also an avid supporter of Liverpool FC and enjoys going to see them play whenever he can.

Mandy joined LTS Tax Limited as an Associate Director in 2015 with primary responsibility for the trust tax area of the business. She became Head of Tax Technical in relation to UK tax matters in 2017. She has over 30 years of experience in the industry and advises local trust companies and UK resident individuals on a wide range of issues relating to offshore structures, domicile and remittances.

Luke joined LTS Tax Limited in 2013. With over 13 years’ worth of experience, Luke can advise on all UK tax aspects in relation to offshore structures, where he has a keen focus for tax efficiency & wealth preservation.

Outside of work, Luke enjoys watching football & spending time with his family.

David is responsible for a wide-ranging portfolio of Guernsey and UK based high net worth individuals and corporate entities and specialises in advising those who wish to relocate to Guernsey from the UK or vice versa.

David has a wealth of Guernsey and UK tax experience drawn from his studies and his 18+ years working in the private client sector.

Away from the office, David enjoys spending time with his wife and three young children and plays regularly for a local veterans football team.

Sarah joined LTS Tax Limited in 2018 and in her current role she is responsible for a wide ranging portfolio of high net worth individuals, corporate and trust clients. She deals with both UK and Guernsey Tax issues and has a particular focus on advising individuals taking up residence in Guernsey

Tara has worked in the finance industry in Guernsey since 1988, gaining extensive experience in the Banking, Investment and Fiduciary sectors before joining LTS Tax Limited in July 2019.

Helen joined LTS Tax Limited in March 2019. Experienced in both UK and Guernsey tax, she deals with a varied portfolio of clients, including UK and Guernsey individuals, trusts and corporate entities. She specialises in the provision of tax advisory and compliance services to trust structures and high net worth individuals.

Helen is an active Rotarian and Treasurer of Rotary Guernesiais, she also enjoys baking and cake decorating. She is a keen traveller, having previously lived in the US and the Cayman Islands.

Garth joined LTS Tax Limited in December 2018, where he is responsible for a diverse client portfolio including high net worth private clients, trusts, corporate structures and funds.

In his spare time Garth enjoys watching and playing sport and has represented Guernsey at the 2018 European Touch Rugby Championships.

Katie joined LTS Tax Limited in March 2019 and deals with a wide range of UK and Guernsey tax matters including providing services to high net worth individuals and senior executives on Guernsey and UK tax matters and providing tax compliance for Guernsey companies.

Outside of work Katie enjoys going to yoga classes and running.

Jonny joined LTS Tax Limited in 2017. His role includes assisting the senior members of the firm with many aspects of tax advisory and compliance services as well as managing a growing portfolio of clients.

Jonny is a keen runner and cyclist but will more likely be found at various kiosks around the island with his family.

Erica has been working in tax since 2010 and joined LTS Tax Limited in September 2016 after successfully completing her accountancy and tax qualifications.

In her current role she is primarily responsible for a portfolio of individual and corporate clients who require both accountancy and taxation services.

Outside of work, Erica teaches weekly dance lessons and attends agility classes with her dog Reggie.

Richard has been working in tax since 1986 and joined LTS Tax Limited in March 2019. He deals mainly with Guernsey tax matters, including providing tax compliance services to high net worth individuals.

Outside of work, Richard enjoys reading, kayaking and recently completed the Guernsey half marathon. 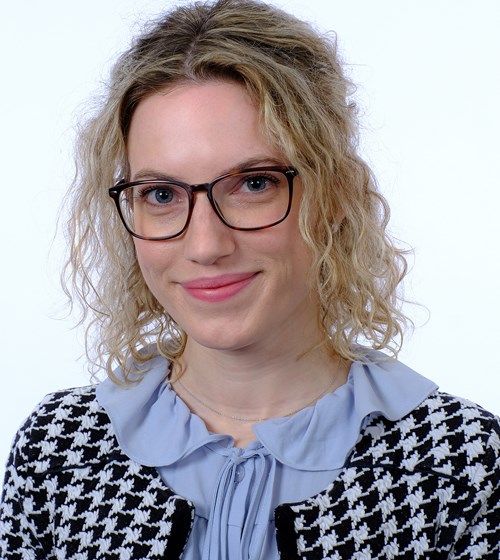 Devon has been working in tax since 2014 and joined LTS Tax Limited in January 2021. Devon provides Guernsey and UK tax compliance and advice to a range of personal and corporate clients and has a particular interest in advising individuals relocating to Guernsey.

Outside of work Devon enjoys yoga and doing cross-stitch. 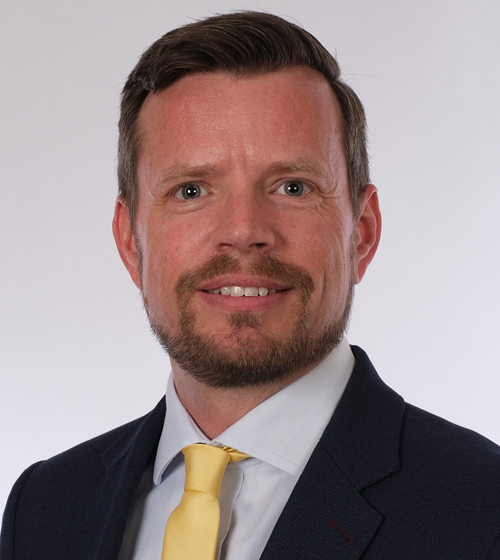 Toby joined LTS in May 2021. He has around 20 years of experience in tax focusing on Guernsey and UK aspects for individuals, companies and trusts.

Outside of work Toby enjoys cycling and painting. 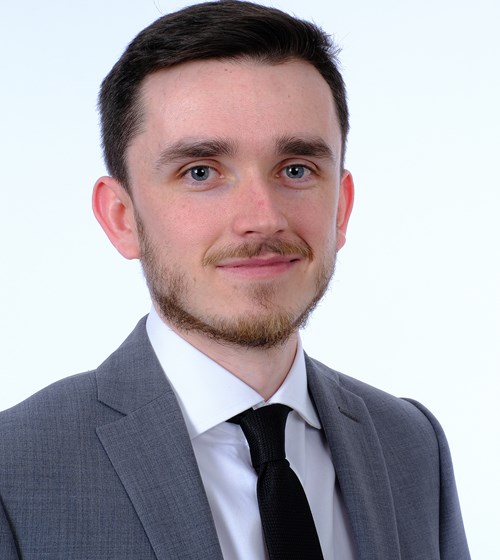 In his spare time Niall enjoys running and learning German.

Danielle qualified as an accountant in 2011 and joined LTS Tax Limited in August 2018. She is responsible for the preparation of financial statements for our varied portfolio of clients, including trading and investment companies, individuals and partnerships.

Outside of work, Danielle is kept busy with her two young children and enjoys spending time with them on the Guernsey beaches and cliffs.

Personal Assistant to the Managing Director

Kirsty is an experienced personal assistant with over 20 years in Finance. Born and educated in Guernsey. Kirsty began her career after obtaining the RSA Diploma in Business Administration (Secretarial) Level III at the Guernsey College of Further Education. Kirsty joined LTS in 2012 after working for a large financial institution for 15 years.

With extensive knowledge of the internal workings of the Company, Kirsty is responsible for assisting the Board, marketing and providing Company Secretarial assistance.

Outside of work Kirsty enjoys snowboarding and spending time with her family and friends. 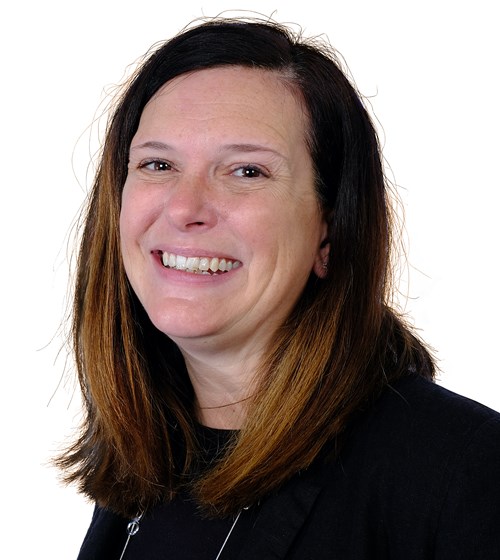 Louise is an experienced Executive Assistant with just over 20 years of extensive experience in the coordination, planning and support of daily operational and administrative functions.

Born and educated in the South West of England Louise began her career as an assistant within the media industry and in 2001 joined Deloitte, Bristol where she provided comprehensive support for executive-level staff, and the coordination, hosting of seminars for the South West and EMEA.

Louise moved to Guernsey with her family in 2013 and has Joined LTS Tax in 2020 as New Business & Executive Assistant after working for a Guernsey based Advocates.

Michael joined the tax department of the former BDO Reads, a Guernsey chartered accountancy practice, in 1987 progressing to his appointment as a tax partner in 1991. Subsequent to the purchase of the fiduciary, investment and taxation divisions of BDO Reads by Banque General du Luxembourg in 1999, Michael was appointed a Group Managing Director of its successor, Fortis Guernsey, in 2003 – a position he held un February 2009. Michel continued to work for Intertrust Group on a part-time basis as a consultant to their private client business until June 2019 when he joined LTS Tax Limited. Prior to joining BDO Reads, Michael was employed by KPMG in Guernsey and Touche Ross in London. Michael holds a number of non-executive board appointments of both public and private companies, including UK Commercial Property REIT Limited.